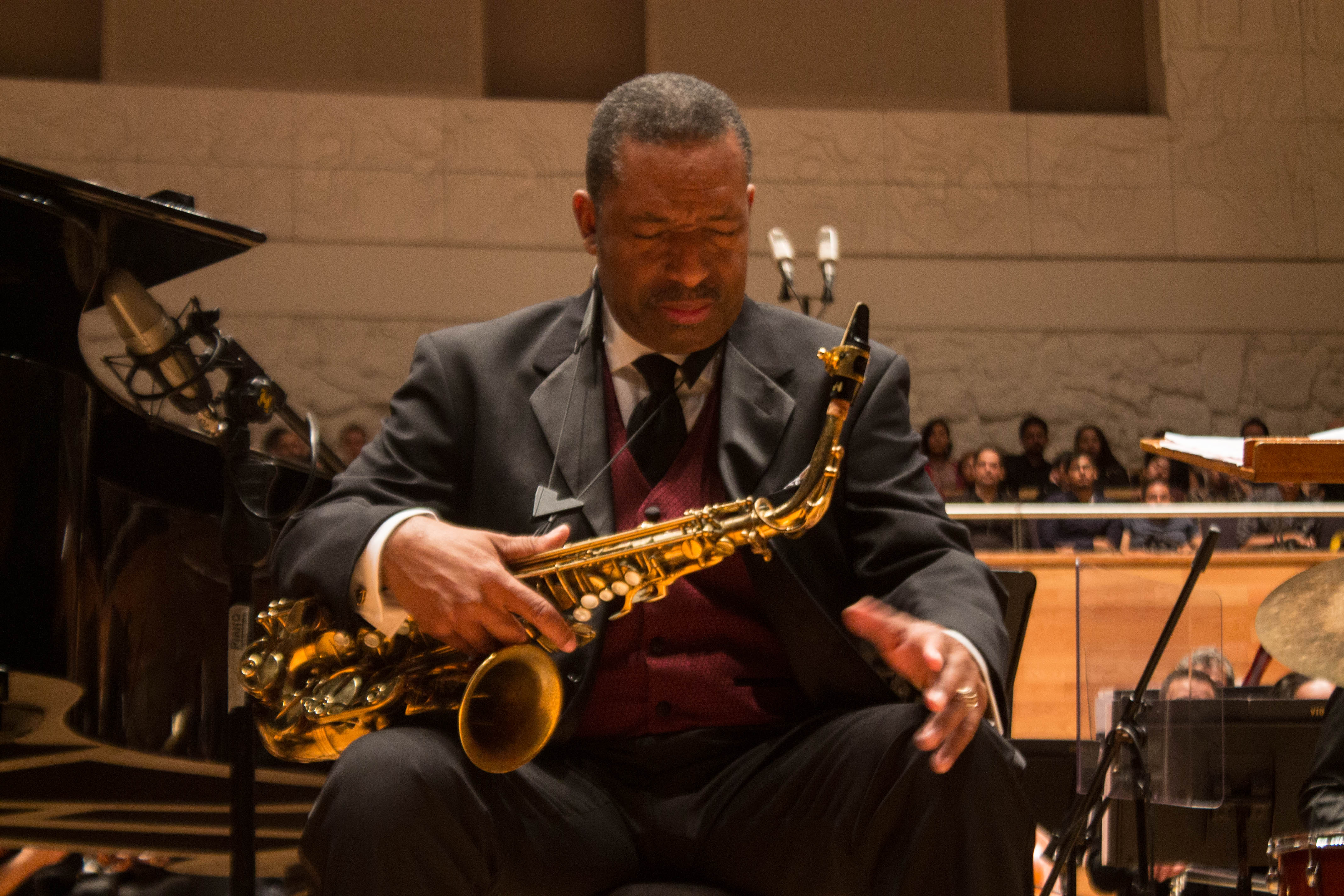 “Big Chief” is how we call him. He is a composer, a multi-instrumentalist, mainly saxophonist, and an educator, well known for playing in classic jazz projects such as Art Blakey’s Jazz Messengers and with new jazz wonderful musicians as Christian Scott; we know him also because many episodes of HBO’s Treme series were inspired in his life.

I had the chance to talk with the inspiring Donald Harrison, during his visit to the Festival Internacional JazzUV 2017 and here is for you the result of that wonderful encounter. 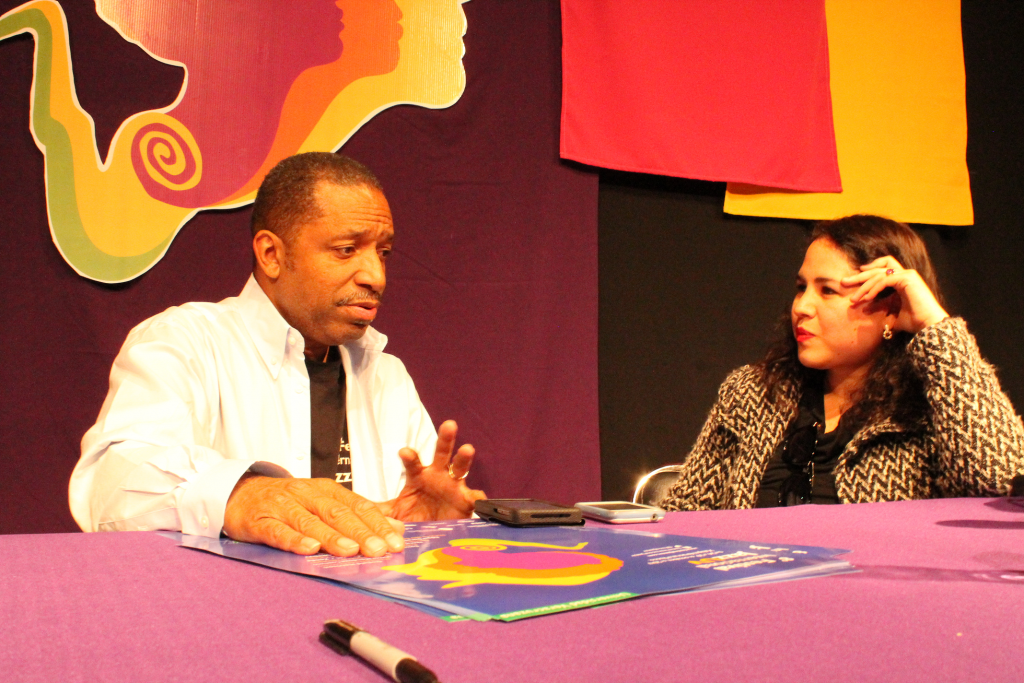 -Last night in your concert the conductor, Lanfranco Marcelletti, talked about Leonard Bernstein and all this concept of mixing classic music and jazz, and I thought: Bernstein had to stand up for jazz and he had to explain the reasons why it was such a great music, that was very important for history and think that somehow it repeated last night…

-And… my question would be: what do you think about that concept being still alive right here, this year, in Mexico, in Xalapa?

-It was a great chance to play here with a great orchestra to embrace the concept, and they worked so hard to play the music. It made me very happy because I wanted to bring bebop and jazz ideas to the orchestra world and to be able to do it is always incredible and great. To have an orchestra that wants to help is incredible, they did a very good job. I was very very happy.

-I saw many elements present. I heard New Orleans, I heard bebop, I heard… I don’t know if I went crazy but I even thought about Ravel, the composers of XX Century classic music and it is all so present. Maybe the next question is:  what is the present of jazz now? Because this is amazing…

-I’ve listened to a lot of music and what feels like it should come next in the music… maybe a little of Dvořák, Ravel, Charlie Parker, Sidney Bechet, this comes naturally into the music, you can feel it hopefully, you can hear it… and because I am trying to bring all the music together because we should be together. Sometimes we should be together over here and now. Because now I think some people in the orchestra like jazz now. It makes me so happy that someone else understands what we are doing. 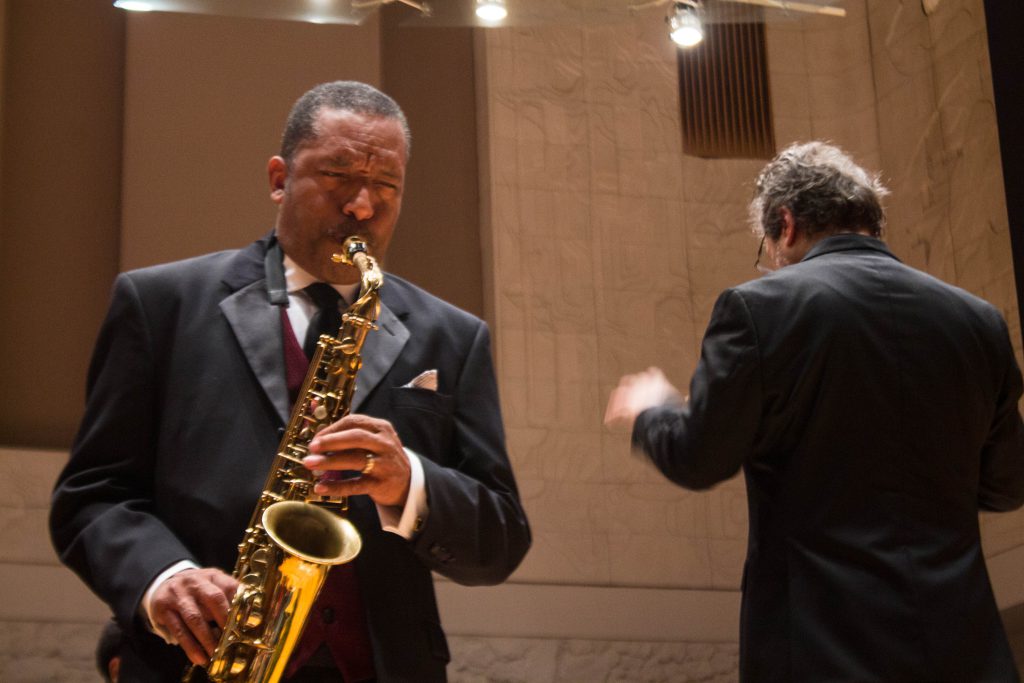 Nouveau Swing… I wanted to put my generation’s dance music into a jazz context, so it’s like hip hop, R&B and soul, rock and funk but is always swinging like jazz music. I mean, all styles of music come into a swinging jazz context.

-You said something: “Musicians have to read about history of jazz”… why?

-They don’t have to. I am saying when you read the history of jazz, when you’re practicing it gives you more insight. Musicians don’t have to go anywhere but it opens up your thought process to why things happen and what actually it’s happening… they put the picture together better.

-Can an artist create without learning?

-Back to last night’s concert… I also thought a lot about Duke Ellington since he was a big reason to point out jazz as an art.

-What would be the reason for you to show that to us Mexicans?

-I just thought there is a thing about bringing music together. Like the middle ground for all the music when you know it’s classical and you know it’s jazz but they come together* to create a new sound. You can hear all that classical thought as the jazz part and then they’re mixing together and then there is one song.

-Since you are an educator. What do you think about the present and the future of jazz education?

-Some of the greatest players are now teaching and that’s very fortunate. All I think about teaching is passing down what I learned from a lot of great musicians and hopefully some of the young guys will learn it, when those guys are showing me and helping me to understand others. For me it’s to learn about the previous generations, some of they are still here, some of they are 80, 90 years old and they still give me great lessons, I am very fortunate to play with those guys.

-Talk to me about the elements of your band.

-Now we play Quantum Jazz. I got into Quantum Physics. Jazz is almost like two dimensions, it’s like horizontal and vertical. It’s flat the way we think of it, but then I thought of a way to take the music, sort to speak, out of the two dimensions and put it in three of four dimensions. When we got harmony and the rhythm it stays like that… but when I play I can go in any direction at anytime, that is liberating. 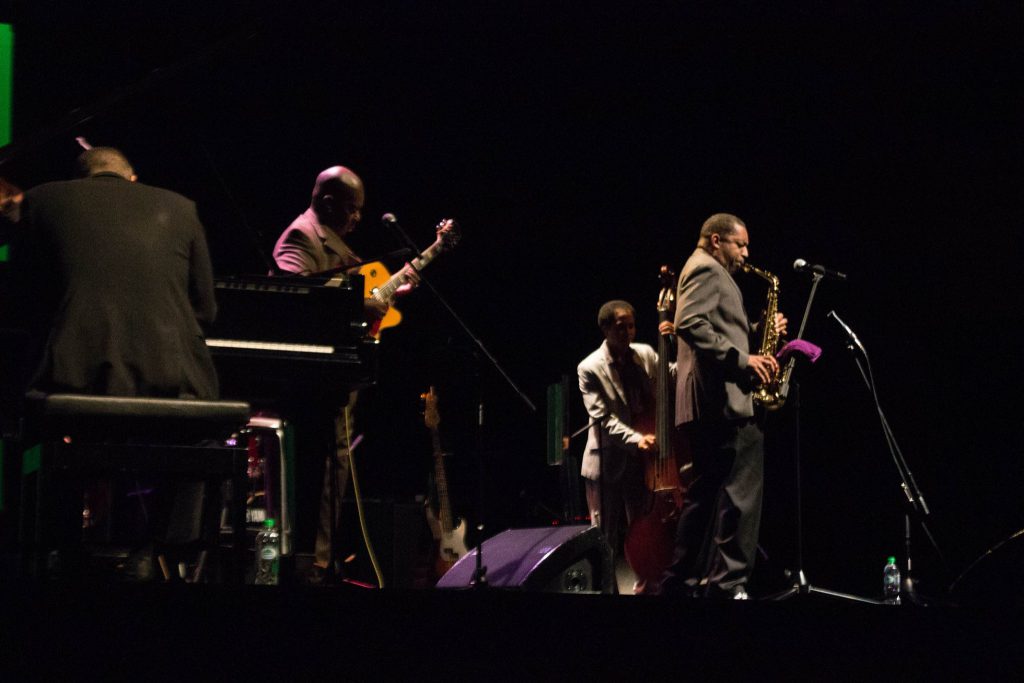 -Many jazz musicians have thought about it as something spiritual.

-Is there anything you would like to add to the Mexican audience?

-Is just love, love is the answer. Anything is possible.

*The orchestra and Donald played arrangemenst of Duke Ellington’s arrangements of Tchaikovsky.