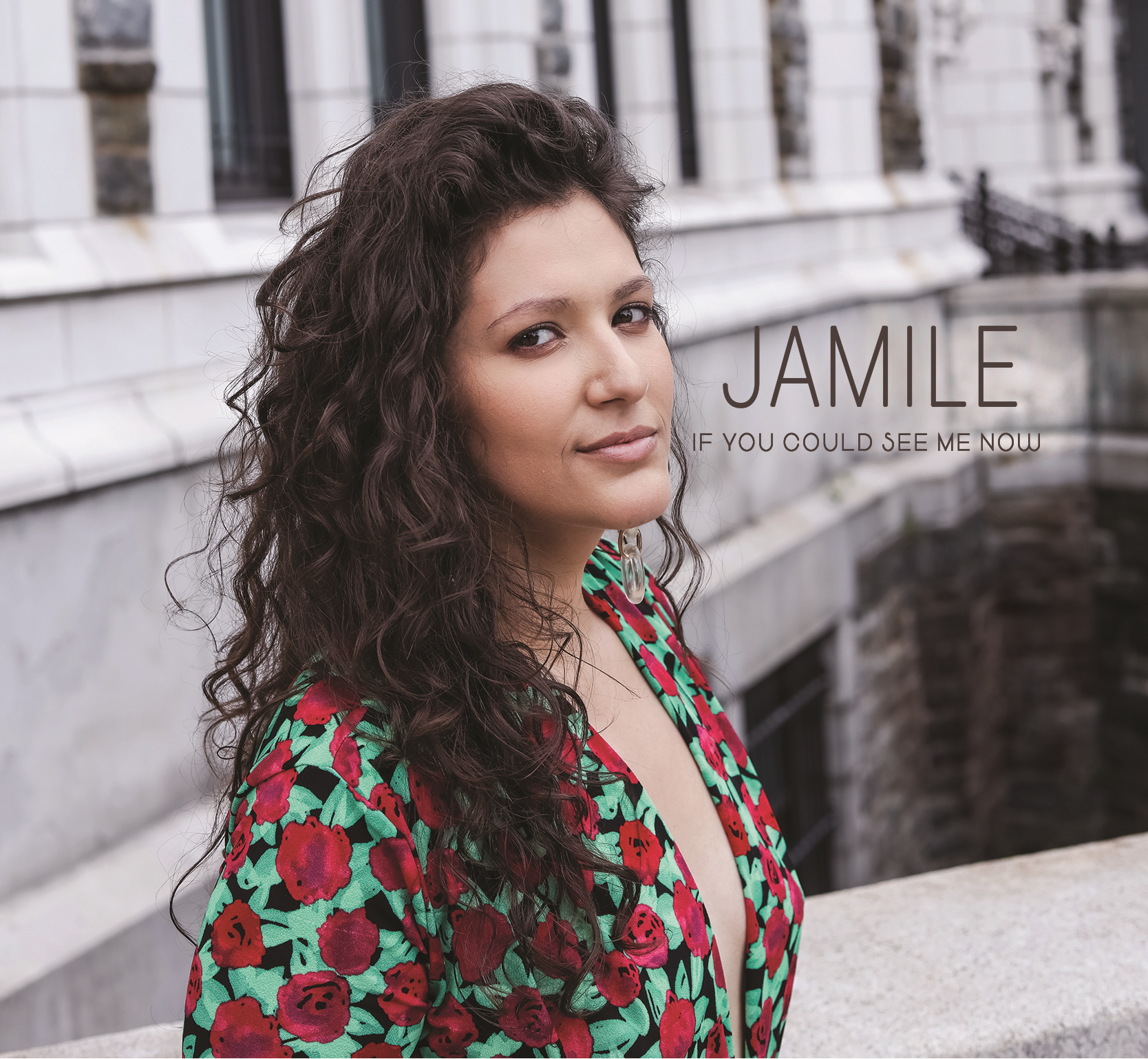 Jamile is a Brazilian jazz singer based in New York, whose potential seems to be a time bomb. You can listen to her recent musical production If You Could See Me Now in Spotify and Apple Music. I think it is important to consider certain highlights of this album: clear symptoms of one latent great jazz singer. (Although, at the moment I think I prefer her singing live).

To begin with, If You Could See Me Now is cool because it includes jazz standards and Brazilian songs that don’t get to fall into the vacuity of a neglectful samba or bossa nova. Don’t get me wrong, these genres are great and I love them but many times they are shown within common and weak structures, because that is the only way they get to be considered selling products by Putumayo… and the favorites to be bought by the DJ’s of Mexico City’s subway (does this happen in your city too?).

The singer takes her own voice to conduct melodies and she adds many inflections to acquire certain timbres similar to Ella Fitzgerald’s when she sings low notes. This is something that in small doses can be taken as a tribute; however, its overuse, which occurs in some themes along the album, can lead us to the uncomfortable feeling of being witnessing a copycat.

Her scat is also clearly guided by Fitzgerald’s technique. The harmonic uses of Jamile are fierce and risky. That is fantastic. This goes in contrast with all the average “jazz” singers. She uses interesting and clean register leaps, she is on tune, and it’s pretty evident that she works a lot to push herself into new possibilities. I think it is a matter of time that we get to listen less of an Ella and more of Jamile. That would be delightful.

Her apropiation of the Brazilian song is way more organic, it’s noticeable that those are part of her origins, even with all the constant change along registers and jazzy contrasting counterpoints.

I see on her a big deal of potential, injected by effort’s spirit and the energy of youth, as much as the hunting of an artistic professionalism. I truly think that she deserves our attention. Also… Jimmy Fallon randomly sang (in a very funny exhibition) with her one day…

Her album features a well-equipped team: Steve Wilson on alto sax, Ray Gallon on piano, Jay Leonhart on bass, Vito Lesczak on drums and Antonio Ciacca was the producer and played piano on one song.