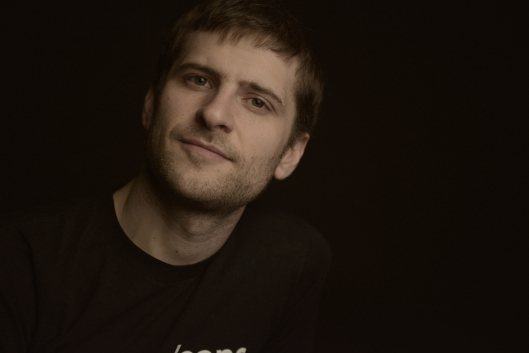 I had the honor to talk with Michael League, who is known for his work as bassist, producer, composer and Snarky Puppy’s bandleader. From my perspective, he is one of the greatest musicians nowadays and, thanks to his job as an artist, he is leaving a huge mark in the world of jazz today.

Here is the interview!

The first relevant question. What is jazz?

I don’t think that I’m the best person to ask about that… but if I had to answer, I think I would just go with whatever is in the dictionary. Genres of music are constantly evolving, fluid things with multiple facets. It’s futile to define and confine sound with words.

Why did you choose art… especially music, and specifically jazz? And why?

I don’t feel like I ever chose jazz, per se. I try to consume and learn music that I’m inspired by and interested in. At one point in my life, it was rock and roll. At another, it was jazz. Now, it’s other things. Art- and music- make me feel a certain kind of way that nothing else does. At this point, it’s more of an addiction and obsession than anything else.

Who are your favorite jazz players? And why?

I have so many. There are so many different unique personalities that it’s difficult to name people. But if I had to pick my favorite person on each instrument in a conventional jazz setting, I’d pick the guys whom I felt innovated and advanced the music. The visionaries. Charles Mingus on bass, Herbie Hancock and Duke Ellington on keyboards, Louis Armstrong and Miles Davis on trumpet, Lester Young and Coleman Hawkins on sax, J.J. Johnson on trombone, Charlie Christian on guitar, Ella Fitzgerald on vocals.

What is going on with jazz nowadays in the US?

There is an interesting fusion happening right now between Black contemporary music (hip-hop, R&B, gospel) and jazz that seemed to be lacking for a few decades. I think the institutionalization of jazz in collegiate environments stunted its growth, in a way. But I feel like there is a new freshness to the scene today. The artists are actually reaching out and communicating with audiences again instead of playing in a fishbowl. It excites me.

What is going on with jazz around the world these days?

Jazz is American music, and in my opinion, the USA is still the epicenter of the art form. However, all around the world, you can find little pockets of very interesting music that is taking the jazz tradition and incorporating local flavor. Europe has had a quasi-chamber/classical jazz scene for decades now. In Latin America, you have Latin Jazz, and so on. It’s a beautiful thing. The music should evolve like a species.

I think that personality in music is what makes a great project to work. Snarky Puppy has a great sound and a great individual mark. How did you get to create it?

I think it’s the combination of two main ingredients. We started with an initial concept that was clear, and even though it changed through the years, we were always mindful of what kind of music we were trying to make. The second, and perhaps most important thing, is the fact that we’ve spent so much time together. 13 years, 11 albums, over 1,200 shows, countless hours making music and just hanging out together. You begin to glue together as people.

It seems very difficult to be at front of a jazz band. Tell me how do you manage that, and what are your favorite parts of doing it.

I don’t think of myself as the frontman at all. I think I’m more of the artistic director/curator of musical ideas. When we play, I’m the very last person the audience should be focusing on. It’s about the ensemble sound, for sure.

Many things! Architecture, literature, film, music, nature, humans… too many to count.

Tell me about the experience Snarky Puppy had playing with the Metropole Orkestra. What a great concert!

It was a dream. Working with an ensemble like that, but with such a serious groove, is a very rare thing. And the conductor, Jules Buckley, is an incredible person and musician. We’re very good friends now. I hope there are many more opportunities to make music together in the future.

Which of your music projects so far is your favorite and why?

I really like the newest album, Culcha Vulcha, but I think it’s always this way… the most recent thing you’ve done is your favorite. Outside of Snarky Puppy, I’m most excited about a band that I’ve just started called Bokanté, which has three guitars, three percussionists, a pedal steel guitarist, and a singer from the island of Guadeloupe. Our first record comes out at the beginning of next year. It’s a very new sound to me, and it’s exciting. I hope we can play in Mexico sometime soon!

Is there any Mexican jazz player that has caught your attention? Who and why?

Antonio Sanchez is one of my good friends and favorite musicians in the jazz community in general. I first heard him with Avishai Cohen, then Pat Metheny… he’s incredible, and such a wonderful person. In my opinion, he’s one of the most unique, sensitive, and musical voices out there on drum set. We’ve been talking about starting a project together in the fall. I hope that happens.

Tell me about your recent and future projects.

There are three bands that I “run” in some capacity. Snarky Puppy is the oldest. There is a quartet called FORQ that is a kind of Athenian democracy between the four players. I love this band. And the most recent group is one that I started very recently and mentioned earlier, Bokanté. In addition to bandleading, I’m stepping out more as a producer. I just finished production on the great singer/songwriter David Crosby’s next solo album, which comes out in October. Later this month, I’ll go to Mali in West Africa to produce Salif Keita’s next solo album. And in the fall, I’ll be working with many more new artists.

If there is anything you would like to say to your Mexican public that I didn’t ask you, please feel free of saying it now.

I run a record label called GroundUP Music that is home to some incredible artists- some famous, and some not. We’re putting out close to 15 records this year. To download a sampler with one free track per artist, just go to groundupmusic.net and type in the free code next to the sampler. Discover some new music and spread the word. There’s so much beautiful art being made today, even if it’s hard to find on the radio.