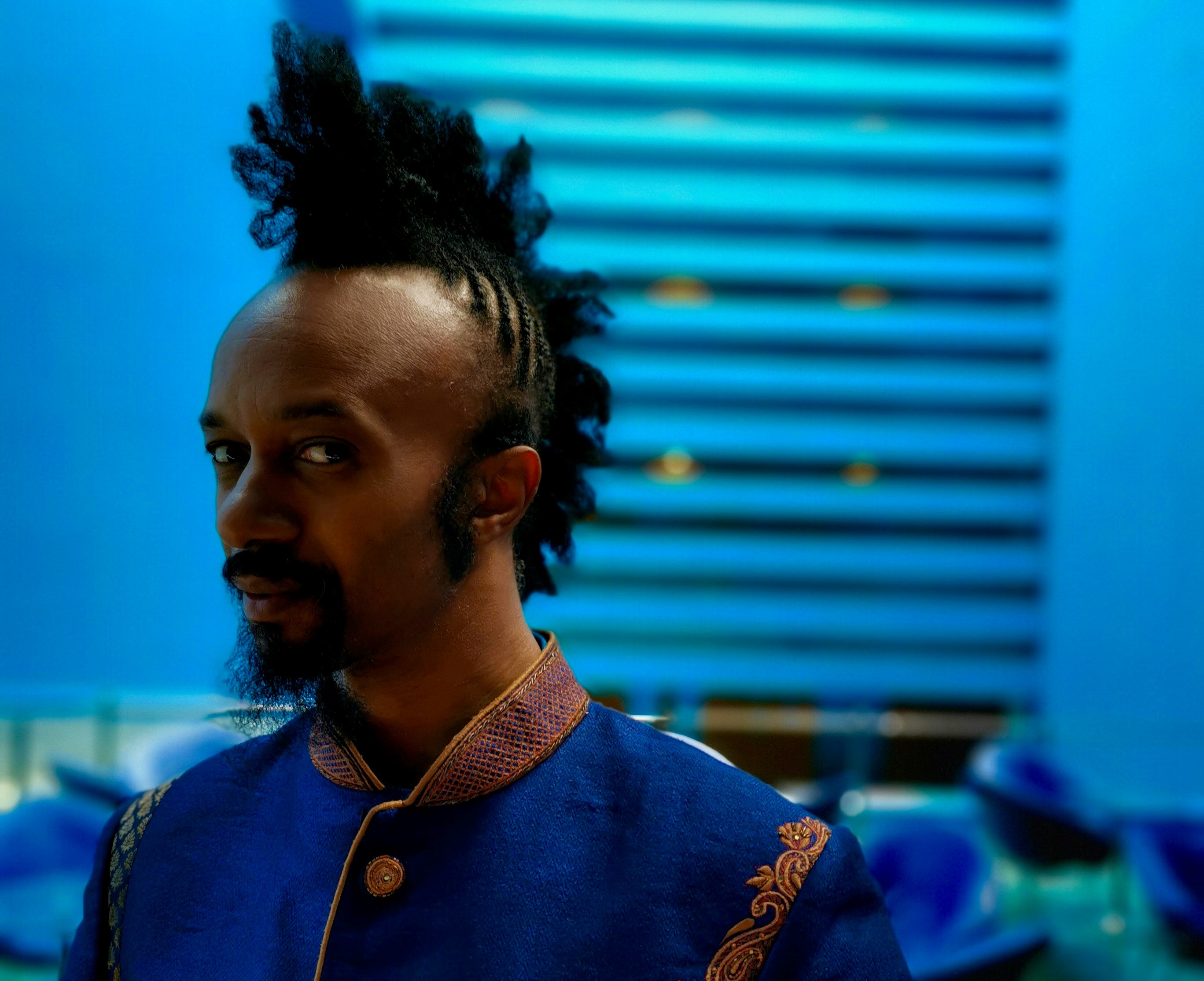 There’s only one Fantastic Negrito in the world, and this is the wonderful interview I had with the character who is taking the blues to a new level. Enjoy!

-When I first heard your music I was totally excited. What came into my mind was that right now popular music is hip hop, but you decided to go right to the beginning of everything: the blues, the spirituals, the work songs.

-That’s a very good question. I think of my life and the music when I was a young man, in my twenties. I was looking for what kind of music could work for me. I wanted to be famous, to have the best cars, best women, best drugs, best clothing. I was just looking so much what I could take out of the music and then I had an accident.

I lost my hand. And this became the second part of my life, when I went into the underground of music and I created many incarnations. I met the people from rock in español, the people in Afro punk. I didn’t know about these things. And then it came a period when I felt I didn’t have anything to say in music anymore. When I went to play the music I didn’t feel anything. Then I sold all my equipment and moved back home to Oakland, California, because I was at Los Angeles at that time and I decided to become a marihuana farmer.

So I did that for five years, no music, and then one day the music inspired me again and I decided: this time I want to dig deep, remember my grandmother and her ancestors, and when I used to go to her farm. When I was a kid, when I felt something. I didn’t understand it but I felt something deep. So I started dig into that and then, I really rediscovered Robert Johnson, Skip James, Son House, all this amazing music that inspired me to become Fantastic Negrito. 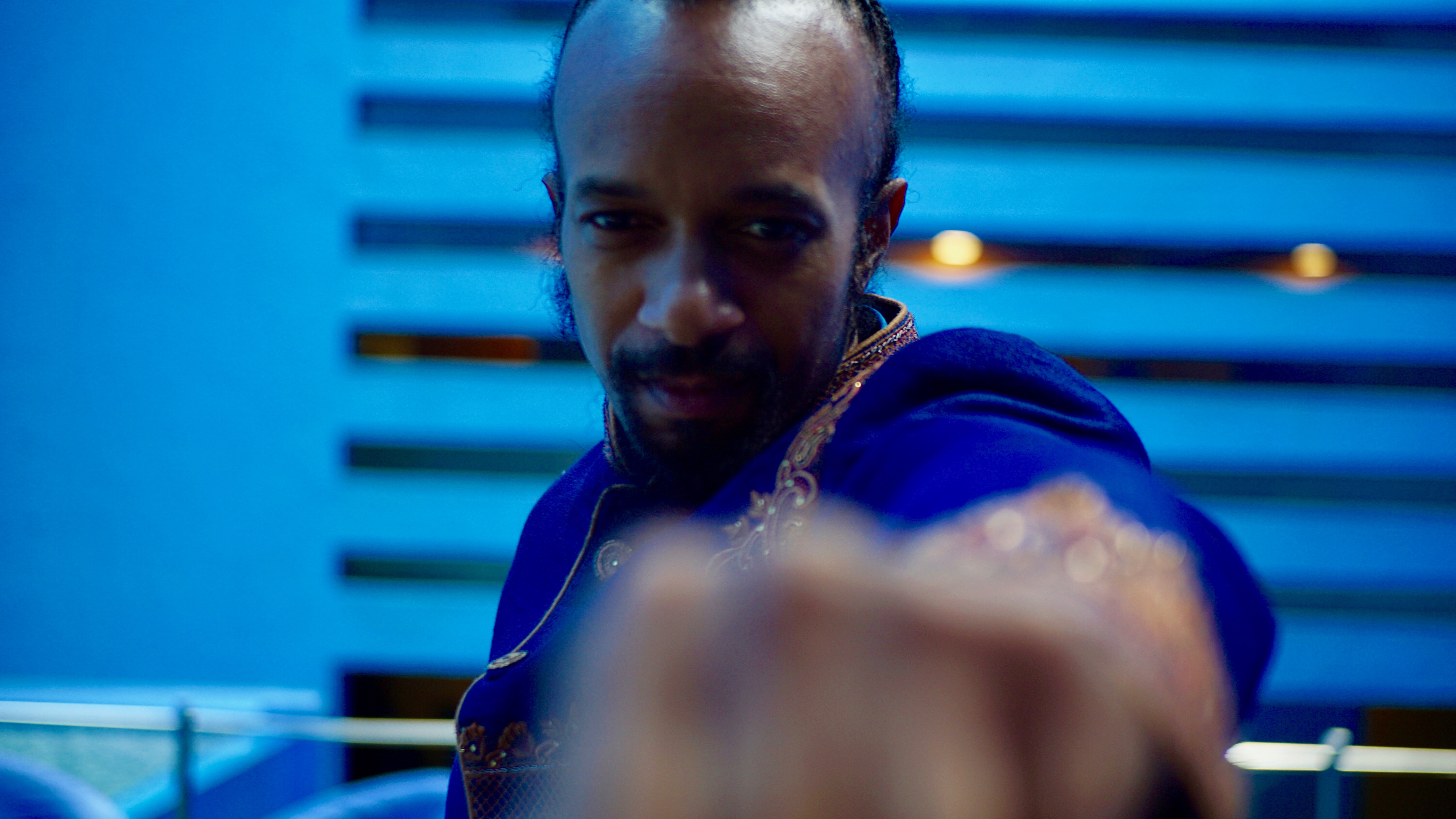 And I thought: I want to contribute to music now more than what can I get. And when I made that decision it put me in the direction of contribute back to the roots, the beginning, the origin. The power of that really inspired me, that’s why I chose it. And, let’s face it. I’m not a pretty white girl singing my pop music and I’m not a rapper, so I said: I just want to be myself. I don’t want anything. And I decided: I’m not gonna go to a record label, so they can say “I don’t know. Do you fit my repressed fantasy? A fantasy of everybody? You should look like this. You black guy, should look like this…”. I don’t want to talk to those people because they make me want to put a gun to my head.

So I picked up my guitar five years ago from this day and tell people: I’m Fantastic Negrito. And they go like “what? What is that”. Many people don’t understand it and some people say “no, that’s not good because we white people don’t want to say ‘Negrito’ because it makes us uncomfortable”. And I thought: It makes you uncomfortable?! That’s perfect! That’s who I want to be. I like that. So I thought: If that makes you uncomfortable then you don’t know latino people, because that word has been in my head since I’m a kid. I’m growing up with Mexicans and Salvadorans and I always hear in the band the song that goes “ahhhh, Negrito! Dum dum dum dum”. I always heard that, but it dosen’t sound like “pinche Negrito”, it sounds beautiful. So people should get to know this latinos because most of California is latino. So because you don’t grow up with latinos don’t look at me. I grew up with them, I feel comfortable, they’re my brothers, they’re my sisters and I know a little bit of the language, I know a little bit of the culture.

So, I go to the streets and I want to play for people who don’t want to hear my song, that’s my perfect audience. Because if I go to my friends they gonna say “hey, that’s cool man, have a drink”. If I go to a label you’re going to have this person sitting there with the power, and they have this horrible fantasies of who you should be.

-I actually love to hear you talking, also singing of course, but you’re always mentioning somehow these values: being free, being humble. The thing you said: “I don’t care about winning the Grammy, it’s ok, but everything is about music.

-I never thought about the Grammys. I have to be honest with you, I just want to play my guitar in the street. And they nominated me for the Best Contemporary Blues Album, and I was surprised. I was like: ok, I guess I would go to this Grammy. And people would go like: “Congratulations! Who did you sign with?” And I was just like: I’m not signing nobody, I’m this guy coming off the street to your Grammy institution, so I don’t think I’m gonna win first time.

Now I give credit to this people, maybe they wanted something fresh. I’m doing something that’s completely upside down. If you’re purist and you love blues purist, maybe you’re gonna hate me. But I think they don’t want me to just play the same fucking blues, the lyrics that in 1930, yeah… (he started singing:) “you stole my woman, I’m feeling so bad”, yeah. But this is 2019, it’s a different kind of blues so I didn’t want to repeat the same boring blues that I heard so much.

So that was big for me. The Grammys, I never thing about it, never thought about it, I was happy to get it. I packed it away, I never look at it, because to me that’s not what it is. You’ve got to make music that makes you uncomfortable. I love this music that makes me go wow! Looking around.

-You prefer being a songwriter than being a musician.

-You said once that when you were a little kid your parents didn’t allow you to hear pop music. You were hearing all the time Louis Armstrong. Why was that?

-My parents are very religious. My father was a devote Muslim. So they didn’t really expose me to a popular music, popular culture, but they isolated me so much when I was 12 that I ran away. I never came back home so never saw my father again and then he died. That’s a problem: don’t isolate children! You know? Because that’s what happened. They hid something from me and I wanted to see: What is it? What is it? What is it? They kept me away and I don’t recommend to do that because I just went to the streets.

-And how did it go from then?

-Well. Look at me now! What do you think?

-You came out great!

-Well, I don’t recommend any 12 year old to do that but I think that my father was very old, my mother was very young. My father had 33 años more than my mother so it was a very interesting house. He was from another world, another time. So I think he was everyday preparing me to be a man, I guess, at a very young age.

So… I survived, I was in the Bay Area, Oakland was wild. It was the 80’s, you know, I’m a kid at the 80’s and this was an incredible time to live! It was the beginning of hip hop and it was pure, and punk rock was coming out beside it with this pure elements, and they were clashing in the street; and break dancing, it was just so incredible. You could really take it from the air and eat it. The culture was so thick and so uncontaminated by industry, by capitalism, by corporatism, it was just in the streets, and I felt the vibration and I just wanted to plug in to it and I did.

And so I think that helped me, I got into a lot of trouble too, but I think that the Bay Area is a magical kingdom, is an amazing community of artists. Let’s think about it, just culturally, socially, we know the word “free speech”, that was born in Bay Area. You know the Black Panthers? That’s Bay Area. Even the Hell’s Angels. This are very edgy people, If you think about the music of Sly Stone. Santana is from here but he started in Bay Area. Creedence Clearwater Revival, Greatful Dead, Death Kennedys, E-40, Metallica, MC Hammer, Tony! Toni! Toné! This is very eclectic! Green Day. All this music is born in this area and it’s all very different, it dosen’t have like a sound. It’s really being original. If you take Motown it sounds like Motown, if you take Seattle it sounds like Seattle, take LA hip hop is LA hip hop. But Bay Area… is something in the water: very different people, outside of the box. That community raised me.

I just want to say thank you. Muchas gracias a mi gente de México, mi corazón es… I just feel so much love for this country. I want to move here. Mexico is the last city. I’ve travel through Europe and all this fancy places; Tokyo, Paris… but when you come to Mexico City it feels like this is the last city. New York is gone, is Disneyland now. 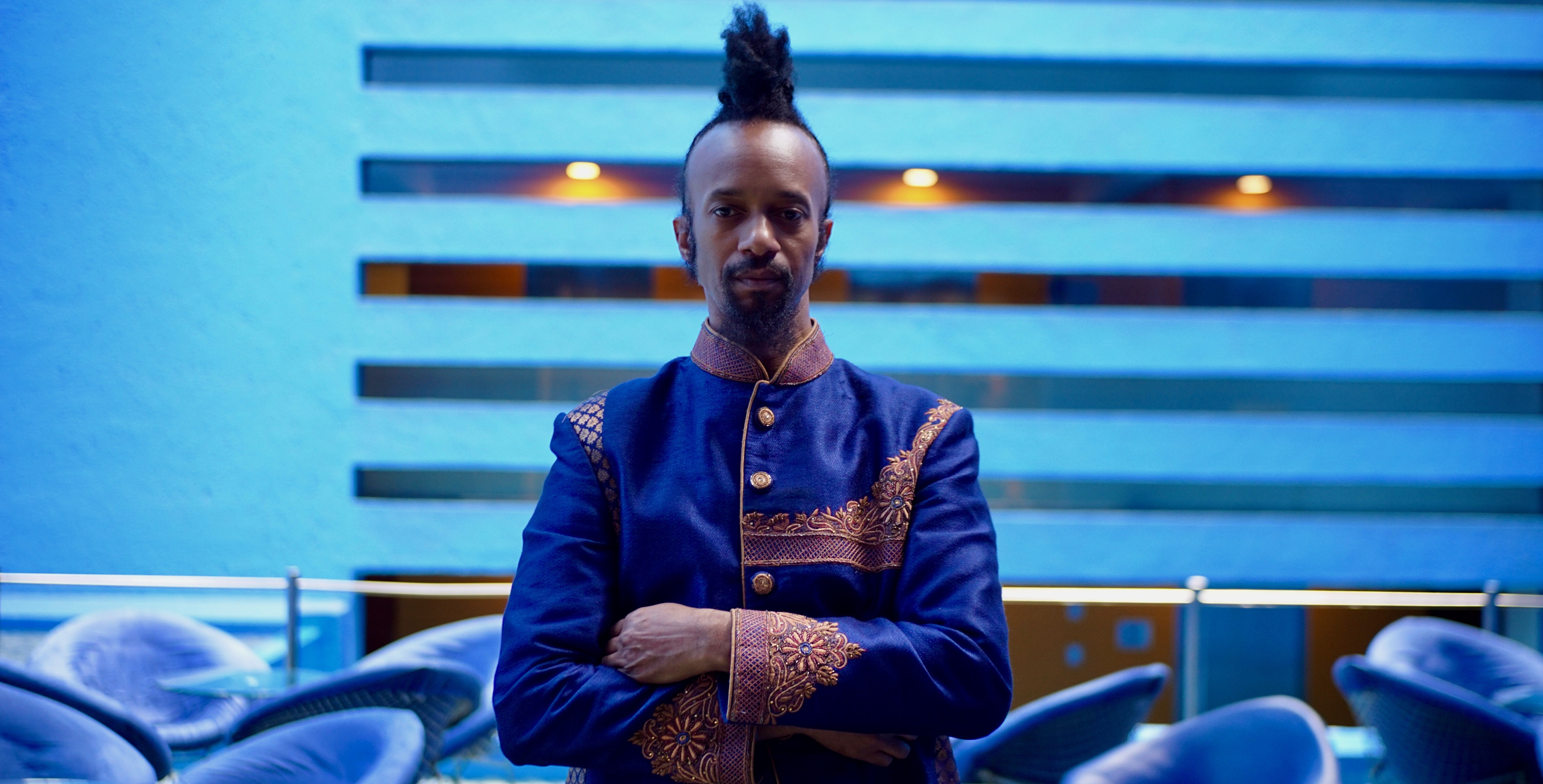 Thank you, Fantastic Negrito! You are a great artist and a wonderful human being. I feel deeply honored for sharing these words with you. All my best to your career, we need more people like you here!