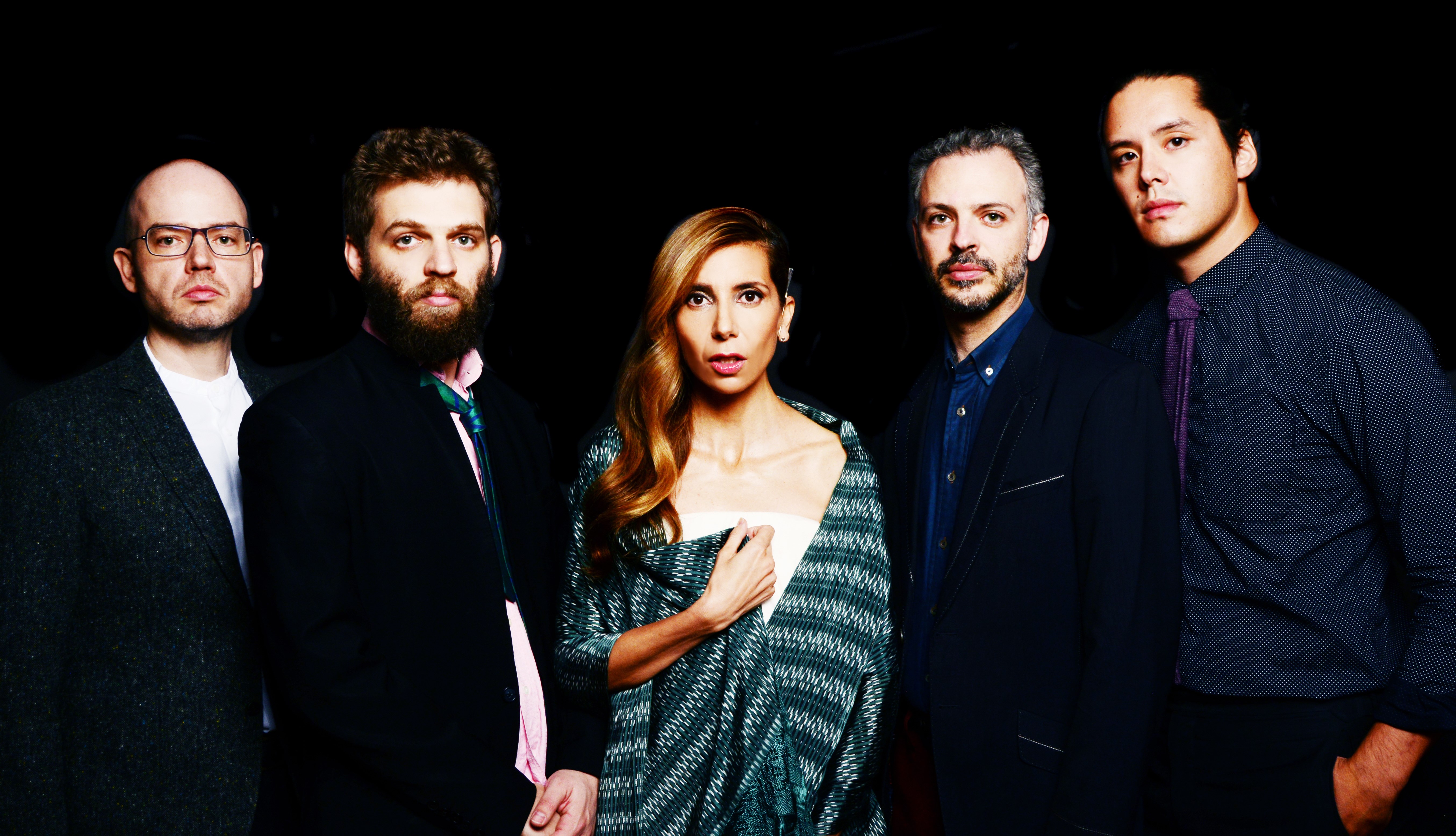 Magos Herrera is a Mexican composer and singer, who was recently nominated to the international Grammy. Today she lives in New York but she’s visiting Mexico to present her latest project in some of the greatest auditoriums of our country. I spoke with her about the highlights on her career, and this is what happened.

Your last album Dreamers was the product of a collaboration with the band Brooklyn Rider. They are coming to Mexico too to play with you. They have a very peculiar sound, sustained in ideas of classical music from the XX Century, what made you choose this collaboration?

From long time ago I’ve been doing different experiments. This was the correct moment to do this because of the nature of the compositions I’m using and their narratives.

I am in a moment of my career in which I honestly declare myself interested in stories beyond the way they are told. My interest is in the music, beyond definitions, and into story telling. This time I am working this through this chamber music.

When you were nominated to the international Grammy for “Niña”, an original composition inspired in a poem by Octavio Paz, you spoke about the language as a weapon of power.

I felt very sincere to get to the international Grammy with a theme in Spanish. This album is born as an answer to the Trump’s America, in which migration is criminalized, and the Latin-American is segregated. All the sudden to appear with a song in Spanish inspired in a Mexican poet seems amazing to me. Is there a better act of diplomacy? To use the language as a diplomatic weapon, a cultural weapon, a power weapon, it helps to generate paradigms. In US the level of Spanish speakers is very high, then we must understand that we are a big part of this territory.

In this times, dominated by a growing superficial music industry that’s not interested on the art of lyricism, you confront the system by taking words from great poets as Octavio Paz, García Lorca, Rubén Darío, and say “let’s talk about equality and dreams…”.

That’s right. This album was created to remember what these great Hispanic thinkers believed: freedom, inclusion, democracy, plurality, humanity, beauty as a political act. We must remember also that, even when they went through many struggles because of their beliefs, now their work is alive. They didn’t suffer in vain. We must think of them now that the world is finding a new big polarization. The great achievements haven’t been easy and they are distracting us with things we thought that wouldn’t occur again.

A big highlight on your career is back in 2016, when you were part of the tour He for She, in a duet with Javier Limón, to support “Mujeres por la equidad de género” (Women for Gender Equality), a campaign of the United Nations.

I am privileged to be a public speaker of the UN in matters of gender equality and to end violence against women. He for She was a tour created to support the campaign He for She. We collaborated with friends as Fito Páez, Eugenia León, Chabuco, so we could reach more people as part of this conversation. We visited Europe, Latinamerica, and we went to music schools so we could speak with new generations about equality.

How is your regular life and your life as an artist in New York?

I travel a lot. The time when I’m home in NY, I live a normal life. I have my daily voice and music routines, I study. NY has this thing, there are musicians from all the world, there are things happening all the time, new artists arrive every day, they have a really high level, new things. You are not allowed to fall sleep, it’s highly stimulating, creative. NY protects yourself from your own ignorance: you do something and think you may rest a little, then you go out and listen to something and say: no! This is amazing! NY is an artistic heart and a very important one, it is never comfortable for anyone.