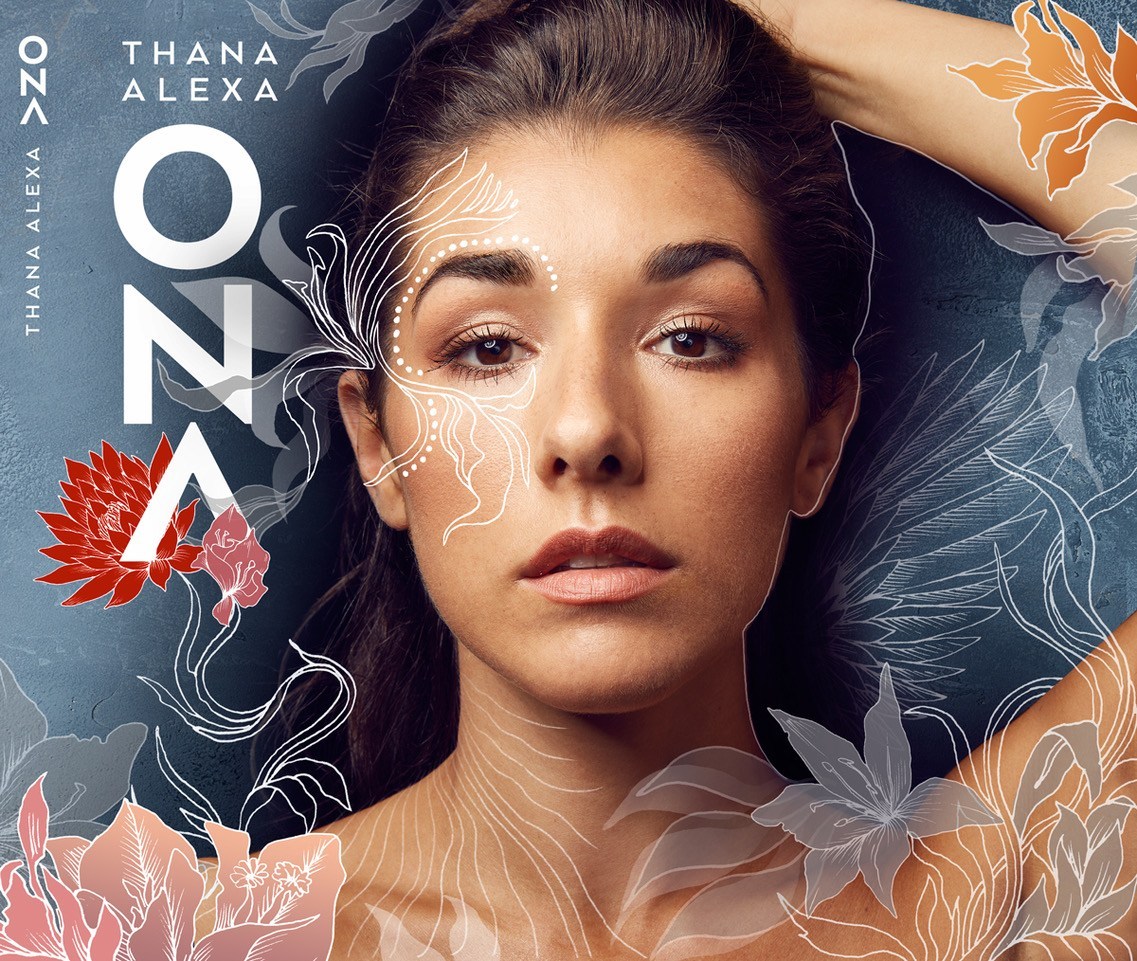 “ONA” means “she” in Croatian (actually, it also does in Czech, Japanese and possibly in other languages as well). This is a mirror of the Croatian American origins of the composer and singer Thana Alexa, who coproduced this album side to side with her husband, the drummer and also composer Antonio Sánchez. The first thing that is being mentioned in ONA’s description is “the complexity of what it means to be a woman”. An so it is… since its beginning we get to find a profound poetic that waves the flag of solidarity, feminine strength, and the human rights of women.

But… wait a second, are we going to write an album’s critic review based in its poetic function? Yes and no.

In one side, I think feminism was urged to be represented by interesting music, so… Brava, Thana! In the other hand, I believe that the intrinsic musical value in ONA would have remained even if its messages were taken away.

Since the start, the album invites us to a psychological space that edifies in crescendo to a sort of meditative circle, drawn by harmonic voices. This is ONA, the first song. It contains everything: poetic structure, melodic but memorable lines, creative phrases, and harmonic complexity. It also emerges with the strength of African and Euro Asian folk, pop music, jazz, and the hymn depth.

The rest of the album is musically distinct, but it keeps elements from its own universe. “The Resistance” is the second piece, it reminds us to Sade because of its percussion and the vocal intention, but there remains also the persistence of Thana’s authenticity. This last thing is also very Sade: to create unique and distinctive songs with a personal mark. Eventually, the song evolves and gets into a progressive darkness, which is augmented by the bass and the movement among structures. At the end, it adopts a very melodic and R&Bish pop that enhances a locution in a spiritual mood: “Rise up”, thus going back to the origin of jazz, when it started emerging from the slavery voices. By doing this, Thana takes a metaphorical speech even further: freedom has many faces. The lyrics of “The Resistance”, as a matter fact, was written by the poet and activist Staceyann Chin.

Anyway, ONA contains 10 pieces: 8 originals and 2 arrangements by Thana Alexa. It is a travel amongst minimalism, soul, R&B, World Music, pop, progressive rock, and jazz. The author made sure of integrating a different instrument’s solo in each song. All her compositions are supported by a captivating net of genres and coherent progressions. It is elegant, aggressive, sometimes sweet. “Set Free”, por example, is a jazz ballad made in a voice and piano duet, nothing predictable here. The piano solo contains impressionistic games as those Bill Evans used to flirt with. Further, “You Taught Me” starts as a pop ballad, where we get in touch with typical guitar phrases (probably this is the least creative part of the album), but the melodic line rescues the peculiarity of this theme until it becomes jazz and more appealing elements take part on the structure.

Sometimes we find a sort of 80’s and 90’s pop, there is plenty of clean scat… the textures play an important role projecting sensibility and a strong expressive capacity. In general, we must recognize Thana’s ability as a composer, producer, and jazz singer of high level, because of her vocal management and her capability of supporting harmonies without exaggerations, neither trying to copy any divas.

Moreover, ONA is also useful for an important consideration: What happens when you mix a poetic or social message with music? The big question is: Which one of these arts would be the predominant one?

The Semiologist Genaro Talens quotes Suzanne K. Langer appointing that: “[…] the music absorbs the meaning of words. From that perspective, if the meaning of words in vocal music is not the one possessed by these before a melody is put upon them, but the one that is given by the musical line, then nothing gets lost if we listen to a song in an unfamiliar language” (1999, p. 97). In other words, we could just separate the message and leave it in a literary space.

I know. I am not naive, and I can recognize what Bob Dylan (who deserves his Nobel Price in literature way more than any other musical reward) made for his historical context, as much as many others folk singers. However, I definitely identify with Talens and Langer’s posture. I have respected the poetical content of many corridos, sones (both of these are folk Mexican genres), even blues, just to mention a few, but I frankly hate the incisive repetition of any type of music that perseveres in a simplicity that doesn’t go anywhere, from the compositional perspective. In these cases, why don’t we just leave the poetry on paper? Do not misunderstand me, simplicity can be wonderful, as long as it is ennobled by a well conducted construction. We may look at the great minimalists, such as Phillip Glass, Michael Nyman, Steve Reich. Furthermore, we can even listen the insistent iteration on the Bolero, by Ravel… the interesting point here is that even if the melody starts over and over, it evolves within timbrical changes, which makes it unique and fantastic.

ONA, because of its musical shape and its poetic structure elevating women’s rights, is the perfect illustration of how good intentions, guided by intelligence and beauty, can really make a statement. I was fascinated by this album; its unforgettable moments keep on repeating inside my mind. ONA honestly deserves to be part of the identity of our era.