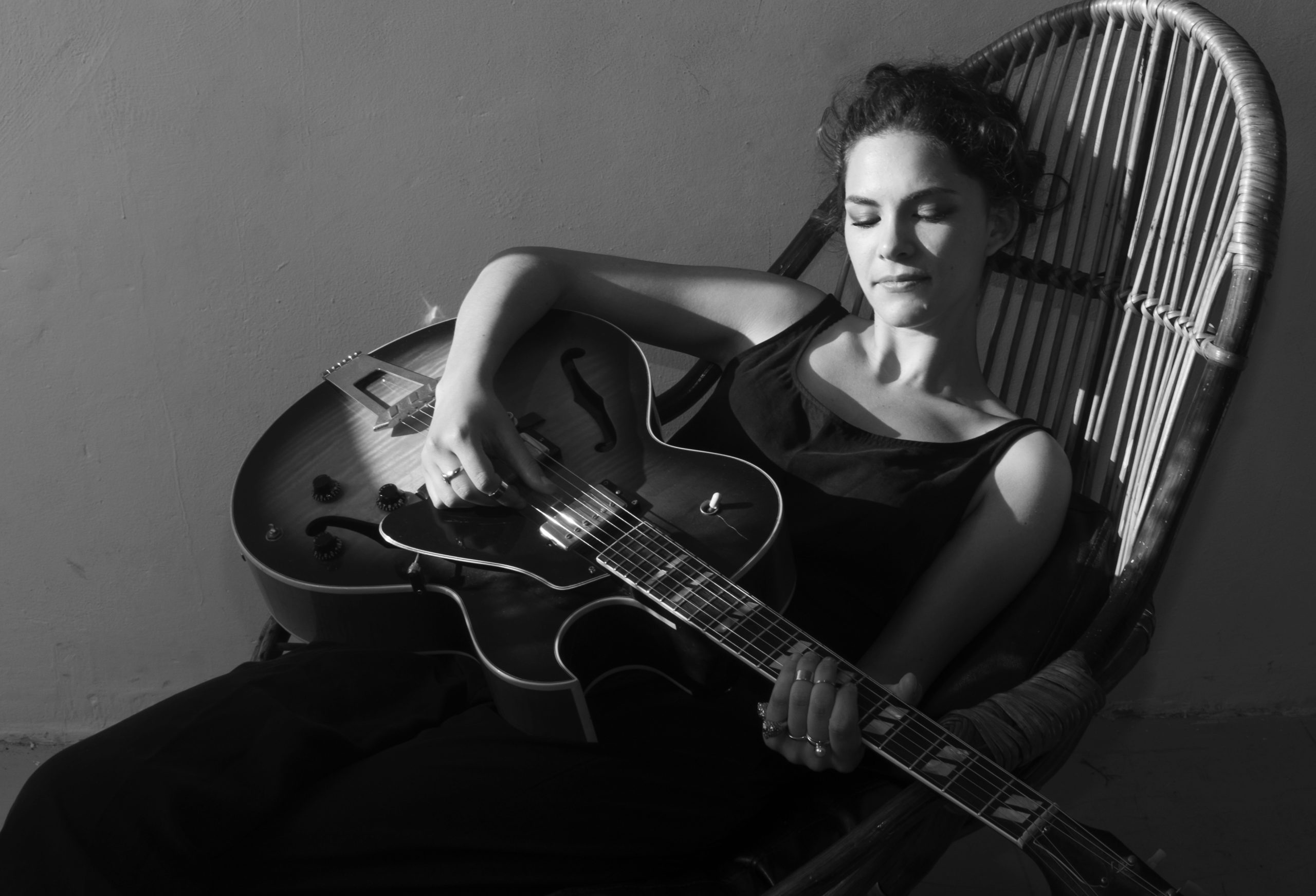 Departing from jazz to develop other genres creates a certain different depth in music. This is why we must talk about a particuliar artist from Israel who has a promising career, but I prefer you to get to know her via her music and her own words.

Dear readers, here I present you my interview with Dida Pelled, who is one of the highlights of the Festival Internacional Cervantino 2021 #49FIC 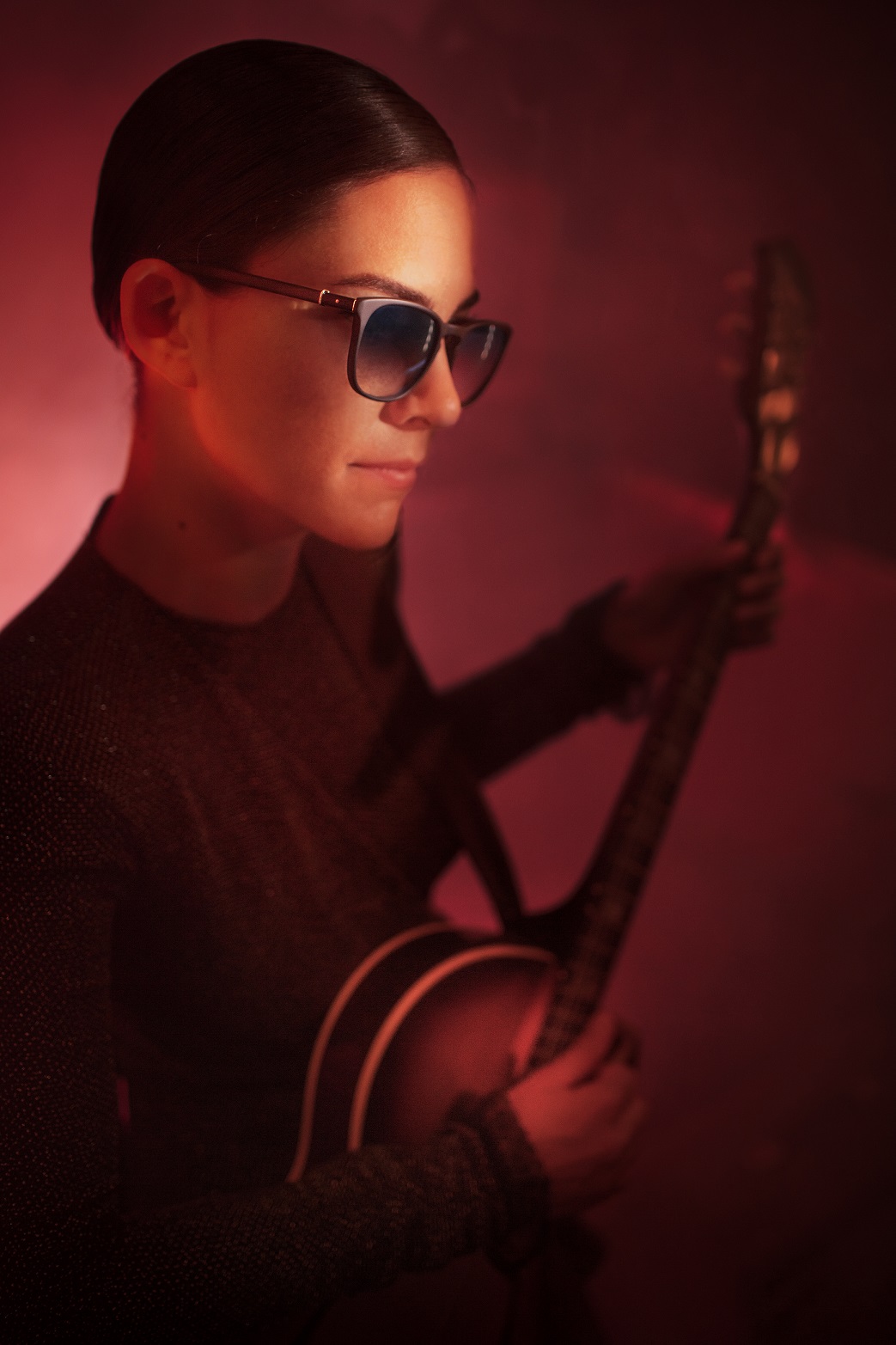 E: I read a critic describing your playing as “pleasantly dreamy” and “rhythmically engaging”, a perfect match to your voice. And I couldn’t agree more. How did you develop your mark as an artist?

D: I think it’s basically following what you love. I listen to a lot of music all the time and I’m really noticing I don’t even have to overthink. It’s like fallow your heart and your ears. Once you love something… I really try to learn it, to surround myself with it more so that it becomes part of you and I think every artist is the combination of the things that they love. And it doesn’t have to be only about music even, it’s about what they care in conversation, the instruments they like or the sounds that they like. All these things make us who we are. This is one thing.

Another thing is… I think I’ve leveled up the control of my music because I’m playing instruments even more than I’m singing. I definitely sing but I think I am stronger as a guitar player and I think that gives me control over the sound.

E: What do you feel closer to… to being a singer, a guitar player, or a composer?

D: I’m a singer and a guitar player. I feel confident with my guitar set because it started before. Until 20 I wasn’t thinking in singing, I grew up as a guitar player, so… you know these years are so meaningful in the way we identify ourselves. Now I’m a singer too, but I feel that that little girl who started to sing exists in me a little bit, so I feel a little less. Honestly, singing makes me a better guitar player, and playing makes me a better singer, I wouldn’t separate… 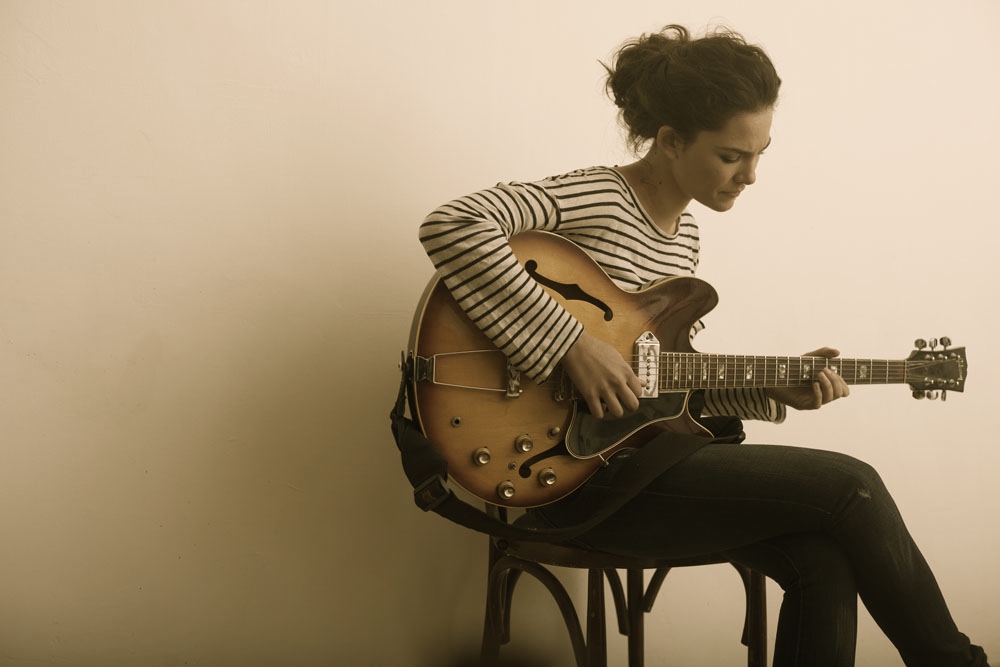 E: And maybe it’s even organic, right? When you’re a musical person you sing, it’s part of it.

D: Right. Also, my favorite musicians are Nina Simone, Blossom Dearie. People that play an instrument and sing give so much depth to both instruments. I was always very compelled to that.

E: Great musicians usually start by learning jazz. I know in the past you were fascinated by bebop so that you entered an Israel Army Band. Tell us about that.

Bebop was a face. I’m not really into bebop these days, even though I’ll always love it ‘cause I studied it so much and it’s amazing, but when I was 15 years old I went to a high school that has a great jazz program and I didn’t really know what I was getting into, I just did it because I thought it was a great high school and for some reason they wanted me to study music more. After two months the school gave us a play or something that made us really obsessed about jazz, for three years I couldn’t do anything else but playing a good bebop solo. So that’s how I grew up musically.

These days I’m playing something totally different, it’s more like song-based music and it’s really a love of genres circle… R&B, rock. I think being a jazz musician helped me to be playful with all these genres and be able to have a sound in it. If you listen to my music, even though it’s not jazz, like I don’t do swing or standards a lot, you’ll hear that I’m a jazz musician and all the musicians in my band are also like me, jazz musicians that play other stuff. We call it like “the jazz dropouts” because we dropped out of it.

But I love the approach of jazz, it gives you the ability, it makes a lot of sense to me to play with musicians that come from that state of mind.

About the Army Band. Everyone in 18 in Israel has to go to the Army. It’s a mandatory thing, women go for two years, guys for 3. I auditioned, I got into the army band so. I had to do that and I was lucky to be in the band. It was actually fun, I was traveling the country and playing music for soldiers. That got me more into singing… pop, rock, because soldiers don’t care about jazz. We had to play shows they related to.

D: Exactly, that was the first thing that got me to singing. I wanted to tell stories. I was into a lot of songs, I wanted to sing them, play them. 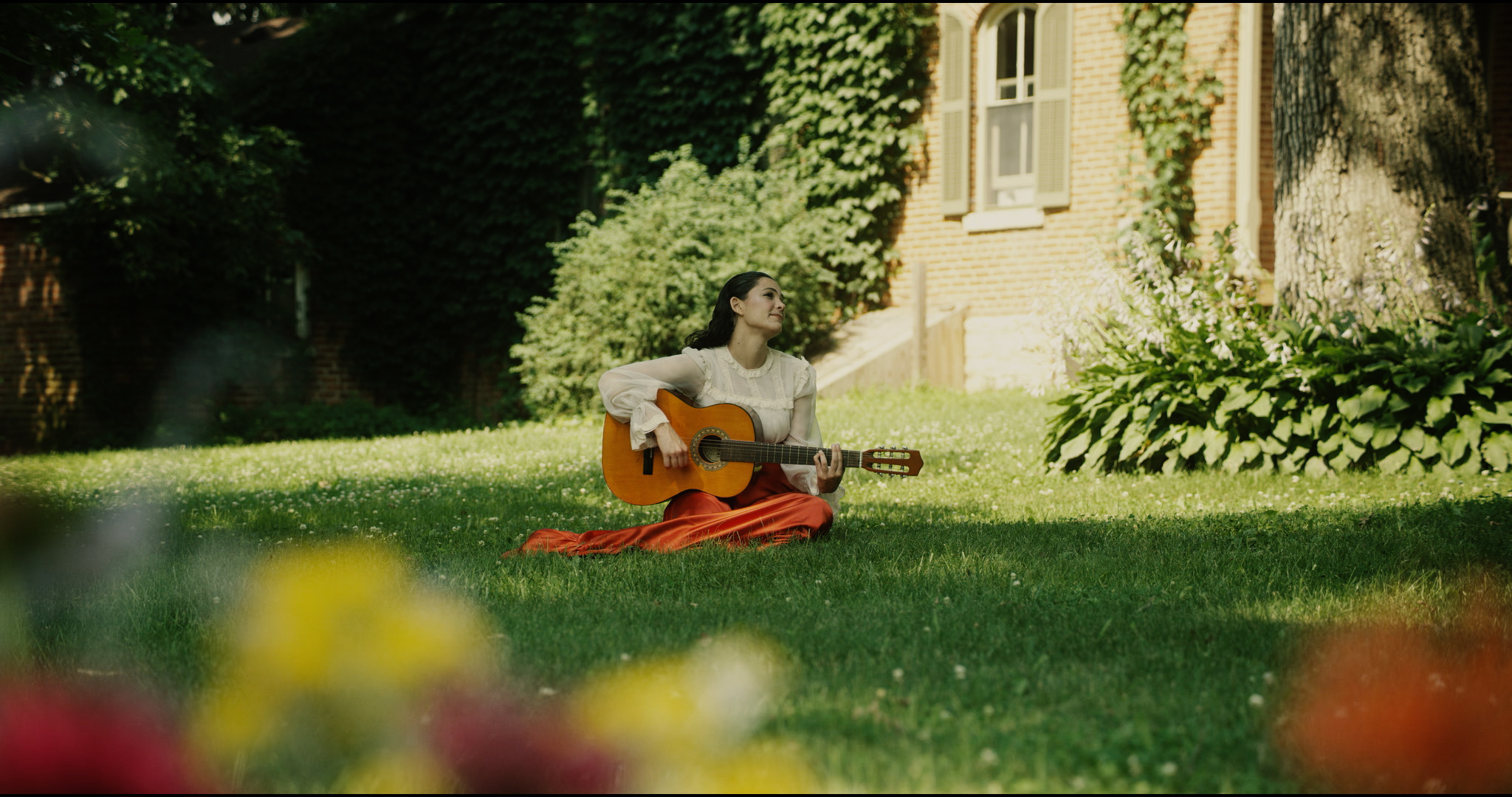 E: So you started in Israel and then you got into New York. How long have you been there?

D: After the army I was 20 and right away I moved to New York. I got a scholarship. I was really excited. I know New York is a really great place for music. The school was a great opportunity. It’s 13 years I’m in New York already.

E: I am glad you’re naming yourself as a “jazz dropout” because you have certain songs, like Folsom Prison that sounds kind of jazzy but it’s not, it has blues on it. You actually move through a lot of genres (country, blues, ballads, rockabilly…). How would you explain what you’re trying to communicate through all these facets?

D: I think it’s all storytelling… and having fun with the different genres that I really love so. I went through all these phases, I’d love hiphop, or when I loved rock & roll from when I was a kid, and now I love American folk music. I surround myself with the things I love and I naturally started writing.

I have a new record that is coming on 2022 that is more what I’m going to play at the Festival Cervantino, it’s named: Showgirl, you’ll hear that is very playful with the genres.

E: I wrote a paper, I discovered that there are less that 3% jazz female instrumentalists in Mexico. So I think that you coming here, showing yourself creates a great example. Just like Emily Remler to other women in the past…

D: Are you asking for my idols? Nina Simone for sure. Blossom Dearie, I love her. She sings and plays piano, nothing like that. I met this bass player, we started playing together, Kevin. He put Blossom Dearie and I was like: Wow! I have to learn all the jazz songs and sing it like her.

And I was going through a phase for years in which I really sounded like her. I am happy I’m over that phase because no one wants to have someone else’s sound but there is an age in which you love someone and you start sounding like them… then after a while you become yourself, which is a combination of all these things.

I love Dinah Washington, Billie Holiday, obviously I love other musicians that are not jazz, but we’re talking about jazz today. 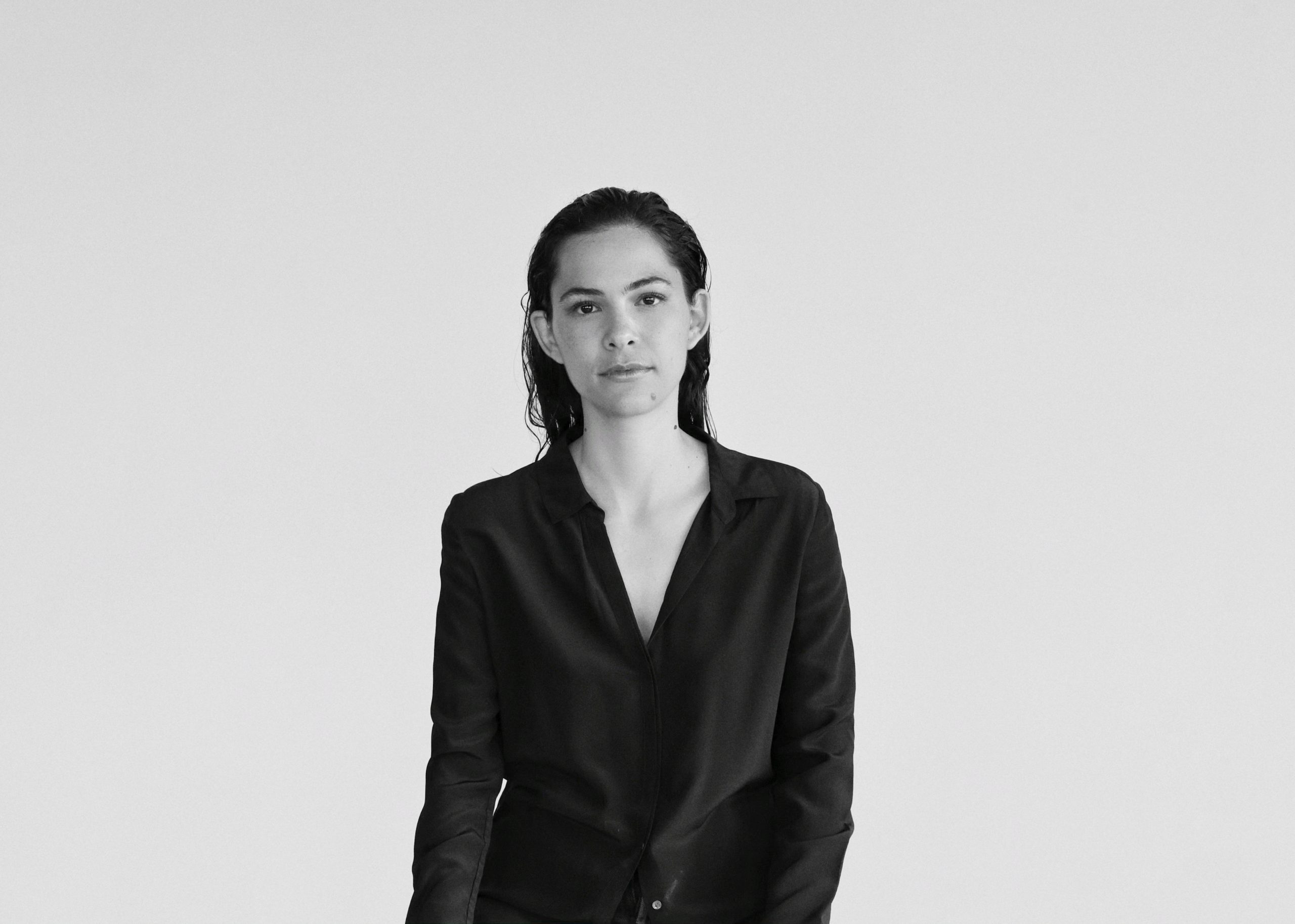