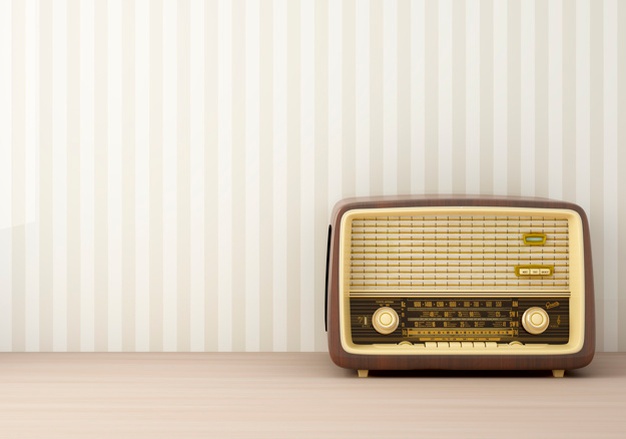 The belief that knowledge is elitist is the biggest mistake inside Mexican culture. We can add to that today that only authoritarian governments are those who take over the public radio, thus censuring the voices of the artists and intellectuals.

The Fact: Cultural Radio is Dying in Mexico

Before fighting, calling each other using pejorative terms to insult each other and believe that us Mexicans should be divided because of our political beliefs, we must accept today’s reality: there are many decisions that go beyond our control. The truth is:  “La Cuarta Transformación” (term used to denominate the government of Andrés Manuel López Obrador) is getting in the way of developing an educated country.

Why? I am only going to write here about my field: music and the dissemination of artistic knowledge:

Our government has left 200 employees from the IMER (Instituto Mexicano de la Radio, “Mexican Radio Institute”) helpless. They fired 35% from today’s workers, thus censoring many of the radio broadcastings of artistic diffusion. Instead, apparently, they are leaving just a musical programming, created by whoknowswho.

The History of the Damage

“We received a letter from Hacienda (Public Treasury), announcing that many of the contracts were being cancelled. The managers received this information and they told everyone that those contracts were ending on December 31st, also that those workers who wanted to appear on January 1st were going to act on behalf their own responsibility”, said one of the preoccupied diffusors on an anonymous interview.

IMER’s creative base is their producers and broadcasters. These people do not have stable contracts or the support of any labor union, and they would be the most affected by this ambiguous decision.

After few days new temporal contracts arrived, just to wait for a definite answer of the IMER’s future.

“Many of us being in this situation have been working here over 14-16 years, from the 18 that Horizonte has been on air. To fire us means taking away lots of creativity, the personality of a station that grew despite its management”.

“The person in charge of the programming has been there since 2002, she knows the catalog and the sonic personality of the station”, said another anonymous involved.

“Creativity has always had to come out because we don’t have the best technology. Horizonte (the jazz radio station from IMER) made possible to bring jazz to all people. Many of them believed that this music belonged to a certain social status… In these times we developed a nearness between the genre and the listener. We allowed everyone to feel that jazz belonged to them. We never forgot that jazz came up from the brodels… in which moment did this music became just part of an elite?”.

“The IMER has been an oasis of content, plurality, democracy, freedom of expression, honor to the specialized voices. The fact of only music being played… I don’t think this is the aim of public radio, considering that we are also sounding in other states beyond Mexico City”.

“We have worked despite the different treatment receive in contrast to that of the members who belong to a union labor. When the broadcasters from the base cannot work, we’ve covered them!”.

“Public radio is an alive media. We need people to know us, to understand our work. We are not improvised people. We have bachelor and master’s degrees, we are historians and well-known music lovers. Those who belong to the labor union don’t have the same capacity as the specialized journalists”, added our interviewed.

This Hasn’t Only Happened in Mexico City

Opus 102, the cultural radio station from Radio Nuevo León, was changed without a warning for another named “Libertad”, including a new programming. This happened at the end of July 2017, as the result of the orders of the State Governor Jaime Rodríguez Calderón, known as “El Bronco”.

“They took it away without asking the people involved or linked to the station. A series of protests occurred in Monterrey but they weren’t listened at”, said Oscar “Zensei” González (composer and cultural promoter) in interview. He was one of the people heading the movement to save Opus.

In Nuevo Leon “a negotiation got started with the government of the state and they agreed on bringing back part of the original programming. They started to bring back the programs, after some weeks Opus won 60% of its space back. The problem is that they mix those contents with Libertad: sports, clowns for kids, commercial music, personal motivation, feminine care. The new organizers don’t know anything about cultural contents”,  Zensei insisted.

Important cultural promoters have tried to create a dialogue with the new producers but, according to Oscar, there has not really being any change. “They say this is an ‘inclusive radio’, when the last thing they did was to include others”, said the composer.

We must mention that no other state in Mexico supported the rescue of Opus. To the protest in Mexico City only assisted four persons and the protest didn’t even got the chance to start.

Why do we, Mexicans, allow the government to take away from us the right to have an educated media? Why can’t we sustain the value of those who broadcast themes of cultural, social and artistic value? What is the public radio that we deserve? What is the public radio that next generations deserve? Why is the government avoiding a real dialogue with intellectuals and creative people? If we are talking about “the government of change”, as it was sold during campaign, shouldn’t it start by exalting the freedom of expression and respect its diffusors?

As much as IMER as OPUS represent rights to public spaces of information, which were built after years of hard work. The existence of these rights represents an advance in a country of minimum opportunities, and these rights must be defended by the population. We cannot lose a cultural radio in hands of an ignorant, disinterested government that goes against our chances of acquiring specialized contents, in front of the terrible habit of banalizing what the public actually deserves.