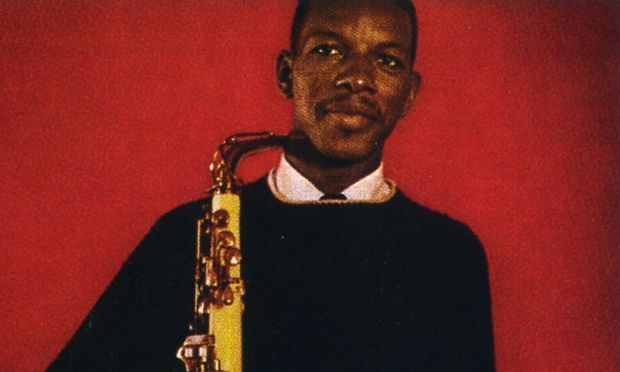 Article dedicated to the victims of El Paso and Dayton shootings

This is 2019 and another unjustified violent attack was directed to Mexicans. This is a xenophobic act, another pinnacle of Donald Trump’s hate speech, which is not only terrifying because it goes against the life and wellbeing of human beings, but also because this has happened since humanity started and it goes on today, having millions of forcibly displaced people worldwide.

Trump’s word, since Elections time, has let open a path for different groups fighting for “White superiority”, in a country where weapon selling is legal and even common. It is important for us to remember that this is exactly how the Holocaust started: with ideas, speeches and propaganda.

However, we have also had great thinkers who raised their voices and books in the word of love, equality, justice, human rights. The intellectual fights of characters such as Denis Diderot, Nelson Mandela or Martin Luther King…, should never be forgotten. As a matter fact, those are the ones we must talk about for the wellness of humanity.

Since I, as usual, speak from the jazz world, I want to share with you some highlights I’ve learned from Ornette Coleman, known as the father of free jazz, who was actually born in Fort Worth, Texas, in 1930, and his Harmolodics theory. For us to understand what this is all about we must remember that the fight for human rights in The United States started since 1861, with Abraham Lincoln’s Emancipation Proclamation, which gave legal freedom to the African Americans. But, as we know, violence has existed in other forms: the Ku Klux Klan or the segregation logic that persisted (persists?) along great part of the XX Century, the same that restricted black people from white people to sleep, eat or coexist under the same conditions.

In relation with all of these, the titles of Ornette Coleman’s albums always reflected an interest to influence the politics and ideology of his country: in 1959 he presented This is Our Music, emphasizing thus the power of black people. In 1960, he launched the Change of the Century and Free Jazz, it was the same year when fighters for freedom were looking for laws against segregation. “Within mere months of the assassinations of the Rev. Martin Luther King Jr. and Robert Kennedy, Ornette released his album Crisis, with a dramatic picture of the Bill of Rights in flames on its cover.

At the same time, Coleman was responding in a poetical way to injustice. He thought that society was working as the transposition instruments: they were using different labels for the same notes, as we use different labels to name individuals that are all just the same: human beings. This was Coleman’s way to talk about human rights through music and his own speech: he was saying that no matter the name of the color of our skin, nationality, gender… we are all equal. Ornette believed that “equal-ness is part of the human endeavor, and hierarchies in music and in society destroy their strength” (p. 25).

“Harmolodics is about the relationship between style and process in improvisation. It is also about human rights and issues surrounding equality. Simply put, Harmolodics respects every single voice in an ensemble, without creating a preference or elevated function for any other instrument” (Rush, 2017, p. 3). In Harmolodics, “everyone’s freedom is respected, honored and needed” (p. 19).

In interview with Stephen Rush (published on 2017), Ornette spoke about the segregation in Texas:

“[…]The funny thing that bothers all of us –there is a life in us that doesn’t require any identification at all. Which means: It knows what you’re made of, and how you were made. I mean, you can’t get any clearer than that. The thing about it: It’s not getting any worse, and it’s now getting any better. It’s what it is. It’s how you travel through the road.

All of my relatives in Fort Worth, Texas, mostly, my mother and all that… the reason why I’m like that… they’re down in a place where segregation only allows them to eat and sleep. That’s it. That’s not a big [good] way of becoming something you believe in.

Ornette was never interested on having an elevated position in society. At the same time, he insisted that as free jazz is free from tonic, all human beings should be free from labels. It is important to learn from that and always enhance that we are not only white, African American, or Mexican… people, we are all human beings.

“Ornette’s musical commentary on civil rights continued throughout the remainder of his life, into the twenty first century. It was within a two-year time frame that Ornette won a Pulitzer Price in Music, a Grammy Award, and the MacArthur Genuis Award, and Senator Edward Kennedy introduced the Civil Rights Act of 2008. One cannot shrug these simultaneities off as coincidence” (p. 7), Rush remarked.

My intention with all of this is to suggest all my dear readers to feel inspired by the great musicians, writers, intellectuals and their speeches of peace, equality and freedom. Let’s always opt for readings, art, knowledge and mutual respect. We can change the numbers and help others to change their minds. Hate can only come from ignorance.